The data: Coming soon! (After BMVC.)

Our system consists of a 3D (voxel) conditional Wasserstein generative adversarial network which receives conditioning on visible depth and semantic information and produces a complete volumetric semantic labelling of the scene. The labelling can then be parsed into a set of object instances for use in other tasks. Crucially, feedback on physical stability context is provided by a stability scoring network and treated as conditioning rather than as an optimisation objective. 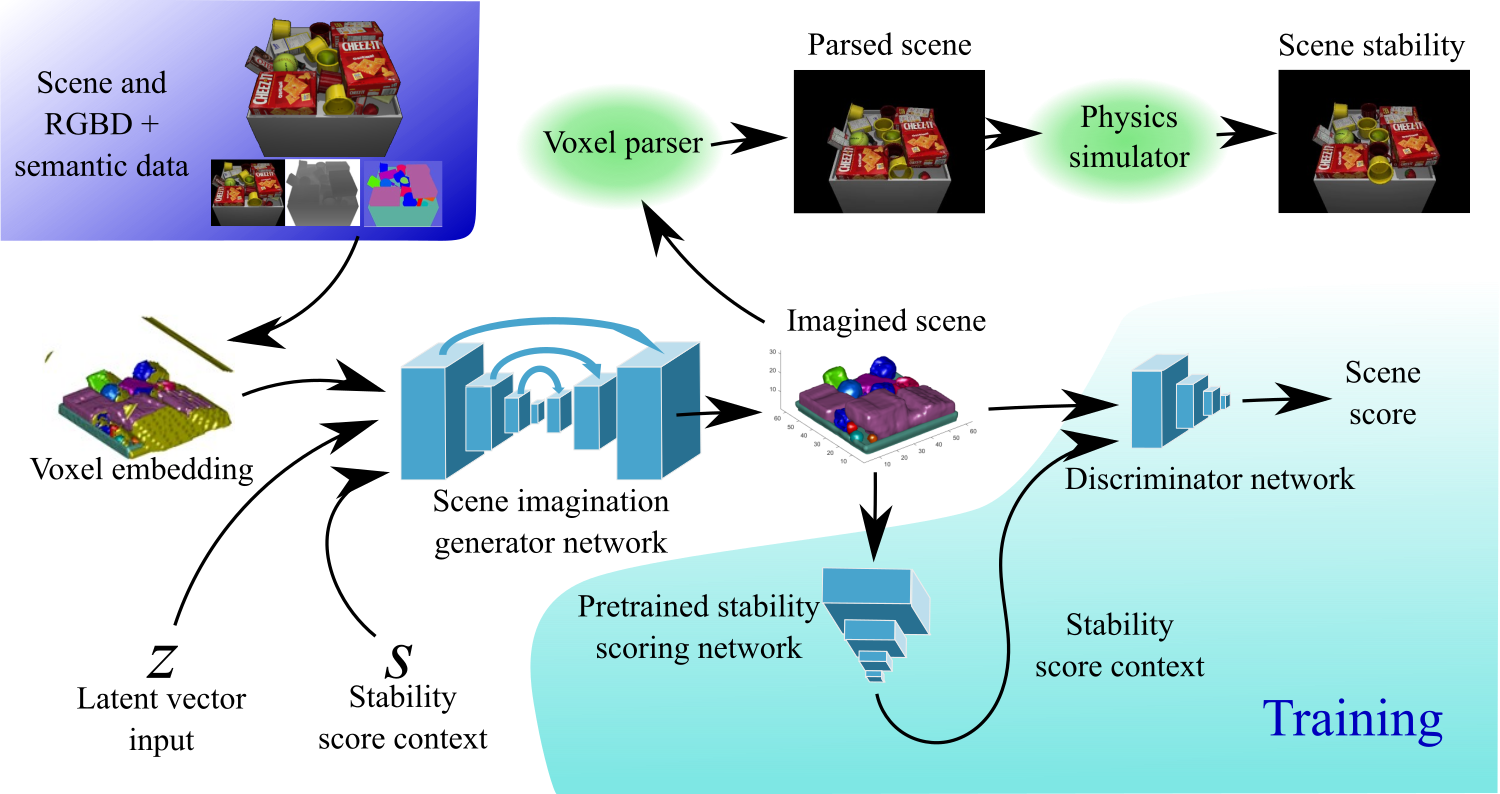